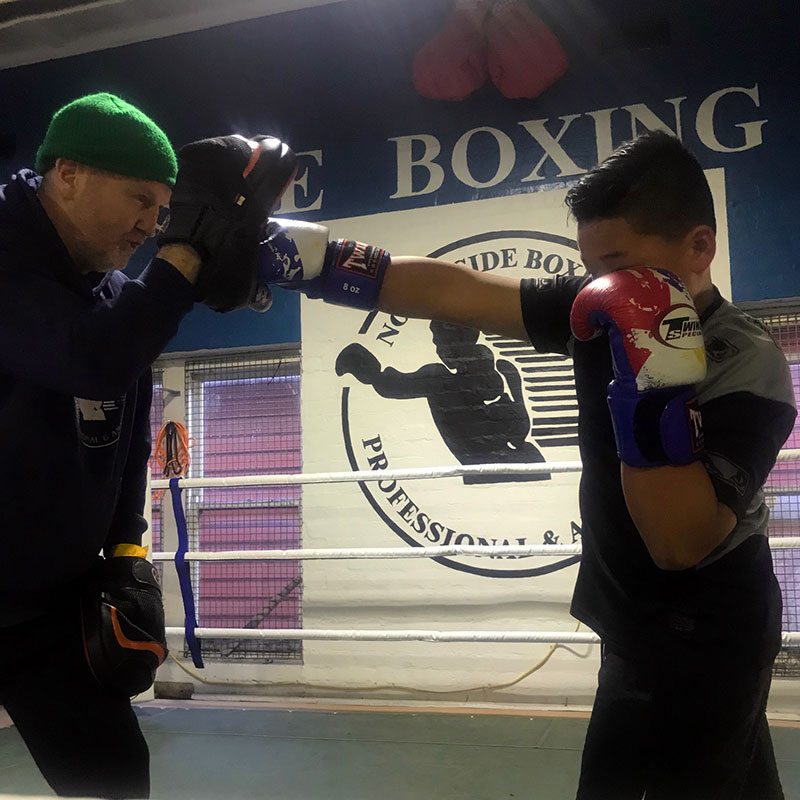 My life in the Northside Boxing family began in late 2000 after I decided to challenge Australian artist Luke Sinclair to a boxing match. As an artist I saw the strong parallels between art and boxing, with both requiring – skill, discipline and training – the boxing match took place at Conical Gallery in Fitzroy in 2001, and it ultimately changed my life. After the fight, I continued to train under Long John McCubbin and Maurice Schott, and over the last 15 years I also took on a training role – inspired by John and Maurice whose trust, loyalty and belief taught me about that special bond that forms between trainer and fighter.

Today I’m humbled to be head trainer at Northside Boxing. I’m very proud to be training a good mix of male and female boxers, and providing opportunities for fighters to compete and achieve their very best form physically and mentally.